Paintballing – Does it really hurt?

Paintballing – Does it really hurt? 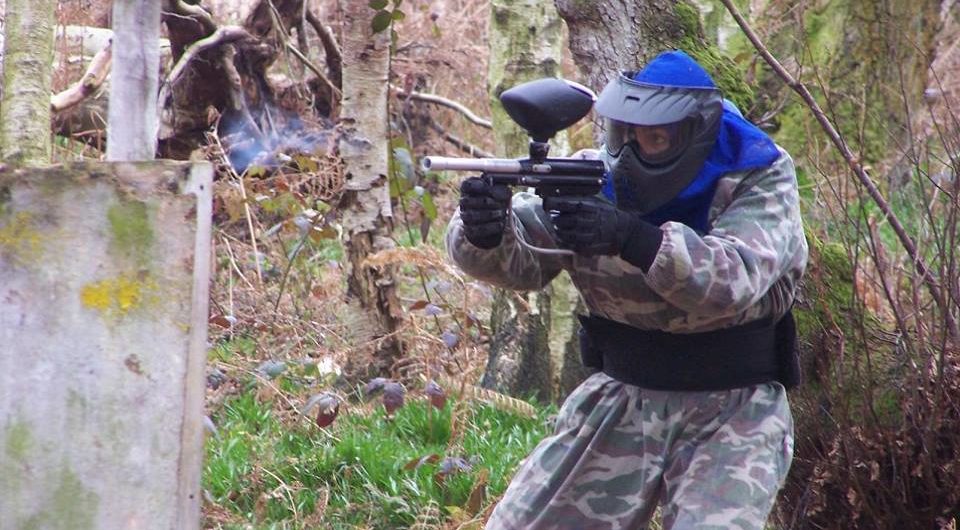 Does it Hurt to Get Hit with a Paintball?

You may be about to embark on your first ever game of Paintball? Lucky you! One question you might be asking yourself is – Does paintball hurt? will it be sore if I get hit with a Paintball?

You may also want to know…

So let’s jump straight in!

Despite popular belief, paintballing is a relatively safe activity, which people of all ages can come together and enjoy. Exciting, exhilarating, and of course, a fantastic team building exercise, paintballing will definitely unleash your adventurous side!

However, just like any physical sport, there is some element of risk when it comes to safety. And, that risk increases if you fail to take the necessary safety precautions before entering the playing field, particularly when it comes to protecting your body.

If you’re new to paintballing and you’re thinking about playing for the first time, it’s highly likely that it’s crossed your mind whether or not being a hit by a paintball actually hurts, right?

Well, the answer is yes!  If you’re hit by a paintball, it will cause some level of discomfort and sometimes bruising depending on the force and speed of the ball. But it’s definitely not as bad as you might think, providing you take the necessary precautions to protect your body!

The majority of players generally report feeling a slight sting that quickly fades away, and on rare occasions bruising – most of these instances are preventable.  Most injuries tend to be caused by those players who ignore all safety advice, and fire paintballs, which are too close at high speeds. Under no circumstances should you ever be tempted to fire at people who are less than 20 feet away!

And of course, if you follow all safety rules, as you would do playing any other high-energy sport, you’re sure to have an injury free game. We’ve complied a list of ways you can stay safe whilst having fun. Let’s face it, that’s what it is all about.

How to reduce Pain while playing Paintball

Before entering the playing field, it’s important to layer up, and wear as much padding as possible, as how much a paintball will hurt, depends on the amount of padding and protection you wear.

Thick clothing, protective vests and long sleeved tops are always best! However, the majority of paintballing centres will supply full-length protective ninja suits designed to absorb the majority of the impact. These should always be worn in addition to long-sleeved and other protective clothing.

It’s also recommended to wear gloves too, as paintballs, which break or bounce off bare skin will hurt far more!

Safety goggles are paramount when paintballing. This is because if your eyes come into contact with a paintball, it can cause blindness.

All reputable paintballing centres will provide protective goggles on arrival, so make sure you wear them at all times.

Paintballing is a game, which is extremely physical. When you are out on the playing field you will find yourself constantly moving around as you try to dodge your opponents fire!

And, with the majority of games taking place outside, it’s vital that you wear suitable footwear, which is strong, durable and slip resistant if possible! Of course, with most games lasting a considerable length of time, comfort should also be a priority.

The majority of paintballing accidents tend to be caused by players who fail to adhere to the safety advice they are given prior to playing their game.

As a general rule, it’s important that when it comes to firing your paintballs, you respect the safety of other players out in the field. Severe cases of bruising are generally caused by firing at close range and too fast.

Do paintballs hurt more than airsoft?

Though airsoft BBs travel a bit faster than paintballs, paintballs are substantially larger than BBs, resulting is harder impacts. So in terms of simple impacts, a paintball would hurt more in comparison to an airsoft BB. This accounts for both 6mm and 8mm airsoft pellets.

Do you get hurt in Paintball?

The answer is not as bad as you might think, so don’t allow fear of potential pain prevent you from trying paintball for the first time. Yes, getting hit with a paintball on the bare skin of a sensitive body part at a high speed, close range, and direct angle would certainly hurt quite a bit.

Is Paintball really that Painful?

It doesn’t hurt too much, but if you layer up you wont bruise or anything. Awesome fun, especially if you get an adrenaline rush. You’ll be wearing a face mask, DO NOT EVER REMOVE IT IN GAME, it is the only thing stopping a paintball hitting your eyes and blinding you, the marshals will really force this home.

If you follow out top tips to help reduce pain while partaking in paintball. As well as applying common sense you will have a great time paintballing! once you have got over the fear of getting hot for the first time you will probably wonder why you were apprehensive in the first place!

Does paintball hurt? No if you are sensible and adhere to all safety instructions given to you at your local venue. Be sure to check out the latest paintball deals today! 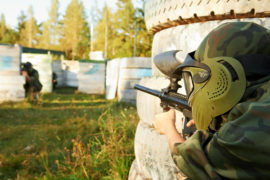 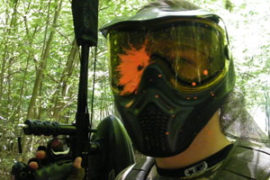 Get An Extra 10% Off Your First Order

BOOK ONLINE AND APPLY THE CODE AT CHECKOUT OR US CALL TODAY!